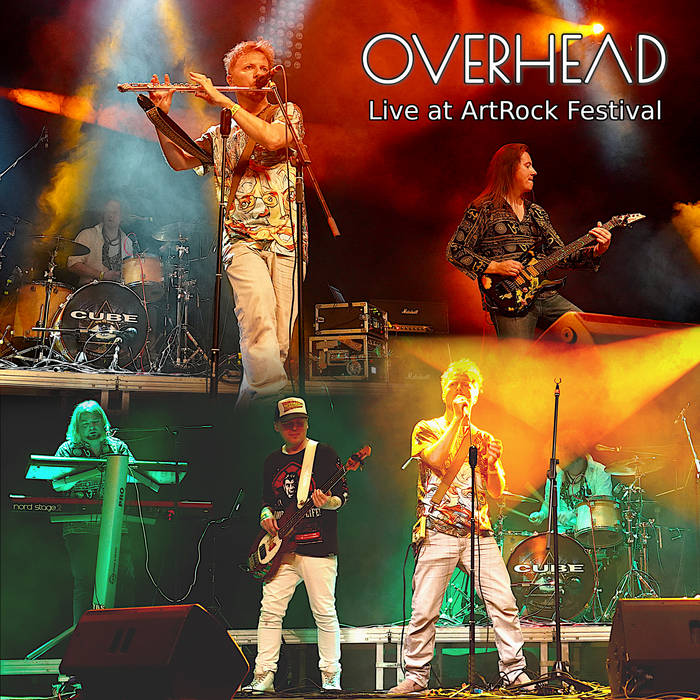 Recorded live at the ArtRock Festival VIII in Neuberinhaus, Reichenbach, Germany on 20 September 2020.

This online only release is a recording of Overhead's live concert performed at the ArtRock Festival VIII in Neuberinhaus, Reichenbach, Germany on 20 September 2020. The performance features a selection of songs from the band's latest album Haydenspark along with songs from earlier Overhead albums. It includes a version of King Crimson's 21st Century Schizoid Man as the encore. It also features an extended version of Metaepitome: the guitar amp blew up in the middle of the song and the band kept improvising around its themes while the amp was being replaced before continuing to play the rest of the song. The release is a very good quality multitrack recording of the concert, recorded and mixed by Overhead. In times when live concerts and especially festivals are rare, Live at ArtRock Festival is a great way to hear how Overhead sounds live and to support the band while it continues to work on a new studio album.

Zumanthum
Metaepitome
And We're Not Here After All
Live After All
Of Sun And Moon
Haydenspark
Live at Loreley
Live at ArtRock Festival ... more

Bandcamp Daily  your guide to the world of Bandcamp

Serena Cherry debuts her black metal project, plus a Pick from the Crypt block from Svalbard